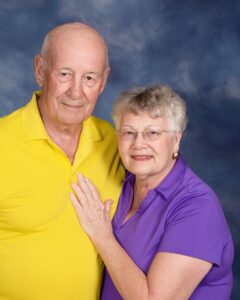 Marshall Couch is a long time Episcopalian (1955) having attended services more recently in churches from Florida to Alaska, and Texas to Newfoundland. He considers St. Gabriel’s his church home having attended here regularly since 1999. He has participated in several Saturday “clean-ups,” helped with decorating the church at Christmas, and has served as usher for several years and knows many of the parishioners. Marshall has volunteered to be a lay delegate to this year’s Annual Diocesan Convention. Marshall is USN Retired (1981) as a Navy Chief, and so has some experience that will help care for the parish going forward. Even though he and his wife, Juanita, are “snowbirds,” he feels that with the modern communications everyone has been forced to adopt, he will still be able to serve the people of St. Gabriel’s.